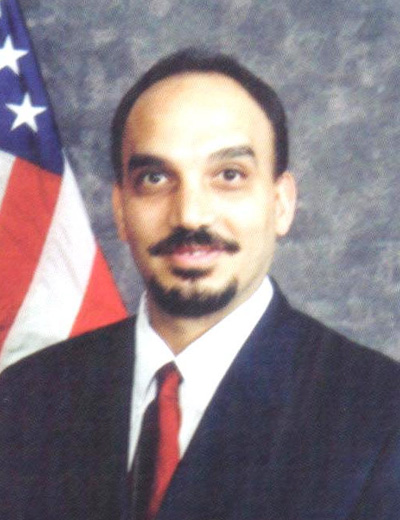 Mr. Nidak Sumrean joined the federal government service in April 1989 as an Aerospace Engineer at the Marine Corps Depot Cherry Point NC. His expertise was focused on developing testing procedures and depot repairs for new aircraft arriving into the Naval aviation inventory, which included the E-2C and AV-8B aircraft. His attention to detail and technical expertise led to his selection as a primary member of the Marine Depot accident investigation team.

In 1991, Mr. Sumrean relocated to the Naval Aviation Headquarters in the Aircraft Launch and Recovery Equipment program office (PMA 251) where he was assigned responsibility for acquisition and system engineering management of government furnished equipment on the Arleigh Burke (DDG 51) ship class. Mr. Sumrean also spent many days at sea developing and testing aviation envelopes that provided the basis for safe operation of the V-22 and AV-8B aircraft aboard amphibious ships. It was during his tenure with PMA 251 that he was selected for the Engineering and Scientist Development Program; a 36 month leadership program which afforded him the opportunity to develop his leadership skills through rotational assignments and formal classroom education.

In 1992, Mr. Sumrean joined the NAVAIR Cost Engineering department where he was responsible for developing cost estimates and acquisition strategies for Program Executive Office Tactical Aircraft programs in support of the planning, programming and fielding of the Cooperative Engagement Capability (CEC) and the Mission Computer Upgrade system aboard the E-2C aircraft. He represented the Program Manager at various senior Navy and Office of the Secretary of Defense reviews as the cost/schedule expert for the E-2C program. This involved articulating program life cycle cost versus capability drivers and providing risk assessments in terms of cost, schedule and technical performance.

After BRAC decisions of 1996, Mr. Sumrean relocated to the NAVSEA Cost Engineering and Industrial Analysis division where he was responsible for system and cost support to the Program Executive Office Theater Surface Combatants for the Cooperative Engagement Capability (CEC) and Theater Ballistic Missile Defense (TBMD) programs. He was only one of a few cost engineers selected to work directly on-site with CVN 21, CEC and TBMD Program Managers. In 2003, he served as the primary advisor for Deputy Assistant Secretary of the Navy for ships on issues related to the shipbuilding industrial base and acquisition oversight of all amphibious and auxiliary ship construction and conversion programs. This oversight spanned five Major Defense Acquisition Programs, and leasing initiatives with $20B of Obligation Authority.

In 2007, Mr. Sumrean was selected as the deputy program manager of the newly formed Strategic and Theater sealift program office. He is responsible for program management of the Maritime Prepositioning Force (Future) MPF(F)) family of programs and the Joint High Speed Vessel (JHSV) program along with associated research and technology development. Both of these programs are acquisition category ID and require oversight from senior Naval, Marine Corp, Army and OSD leadership.

His experience is supplemented by an extensive education including a Bachelors degree from North Carolina State University in Aerospace Engineering and Masters degrees in Systems Management from Capitol University and National Resource Strategy along with a Senior Acquisition Course certificate from the National Defense University. Mr. Sumrean is DAWIA level III certified in Program Management, System Engineering and Business Cost Estimating.