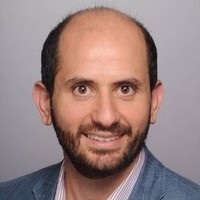 George Zaki received his M.S. and Ph.D. degrees in computer engineering from University of Maryland, College Park, in 2012 and 2013 respectively. He has been a member of the DSPCAD research group since August 2008. Starting in January 2010, George was selected as Texas Instruments Scholar in which capacity he conducted research on model based design for DSP systems implemented on multi-processor platforms. Before joining UMD, George got his M.Sc and B.Sc degrees from the department of Electronics and Communications Engineering at Cairo University in 2008 and 2005, respectively. He also worked as a research and teaching assistant at the Electronics department at the American University in Cairo. Currently, George is the Chief Science Officer at IGI Technologies, MD,  where he develops state of the art medical image processing tools for cancer patients.